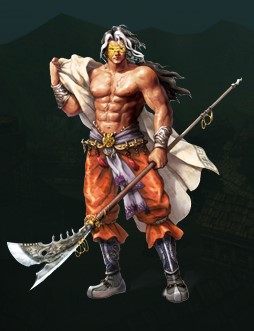 Credited with starting The War of Nine Dragons, The Thunder Emperor is a foreigner to The Land, with not the slightest glimmer of humanity within him. His past life is unknown, and it is said that no man knows his destiny. It is also said that he wields the strength of twenty masters and can kill a man with a single blow. Although presumed dead, his body was never recovered.

Though the final Duel of Nine Dragons has proven that he can be defeated, it is doubtful that he can ever be vanquished.

As to evidence of his unforgiving nature; one of his first Black Dragon advisors was captured and interrogated by the leadership of Wu-Tang Clan. After weeks of torture, he finally revealed some of his master’s secrets. Apparently The Thunder Emperor is merciless against his clansmen and uses arcane methods to teach them his Black Dragon Kung Fu techniques – and to control them as well. Upon revealing all that he knew of the leaders of Wu-Tang, the captured Black Dragon disciple somehow managed to steal a sword from a guard and impaled himself to death on it.