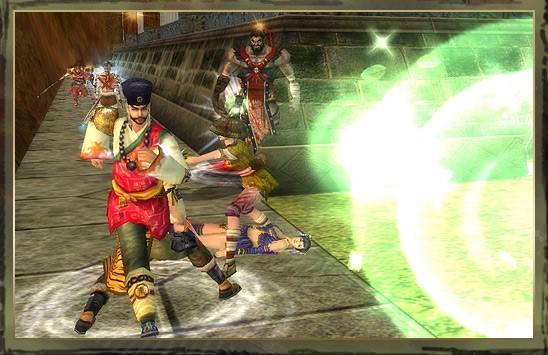 When the first Storm vs. Storm opens, that corresponding Fortress will be owned by the DNPC. Players must destroy the DNPC, then use the “carrot and stick” on the owner.

Monsters vs. Player during SvS Battles

The basic rules are the same as the Player vs. Player during SvS Battles. Monsters such as The Beast Clan in Nanchang and The Clan of Gold in Hangzhou will help with the defense. Before the Fortress is conquered by the player, you can use the event scheduler to keep repeating it. Band that challenges the territory.

Player vs. Player during SvS Battles

Upon the end of the SvS, a new door will be created, and no one will be able to enter the Fortress. Also at this time, the owner of the Fortress will no longer comply with threats. The attacking or defending players inside the Fortress will fight to the death. Once they die, they will be sent to the town. Existing monsters and guards will be deleted, and the guards will be placed again at the next SvS opening time.

The Hero Band that leads the Fortress to victory will receive some gold coins and rare items as a reward.

After the ownership has changed from NPC to Player, the Player will have up to 2 weeks of peaceful time. The Player can collect a considerable amount of tax during this period, depend on the trades between players and NPC, in that territory. The SvS battle will happen every two weeks, at the same time henceforward, unless there are exceptional circumstances.