The League of Beggars Print

Traditionally, The League's disciples fought recklessly, either on their own or in groups like packs of wild dogs. During the War of Nine Dragons, they realized that their fighting style had their limits. Thus, they implemented the Four Roles of Vanguards, Strategists, Spirits and Dragons. To stand in the front lines to fight opponents and protect innocents. 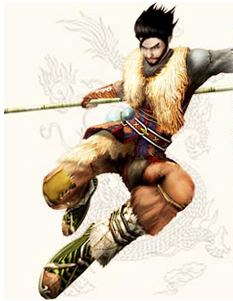 Vanguards, which are the beggars on the front lines and first to charge into battle, concentrate their training on mastering aggressive Kung Fu and Staff maneuvers.

Because Life is of paramount importance, Constitution is their most important. Their secondary most important is Strength. Essence is harder to develop for them while Wisdom would be useless in this role. 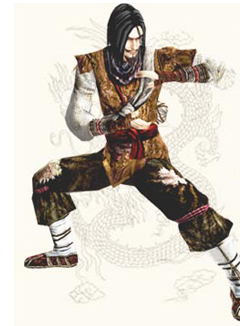 Dragon Beggars master The League's powerful Chi Kung palm strikes which are suitable for striking an opponent down even from a distance. Mastery of Vital Energy heightens their inner force. The highest level of their training, called Eighteen Palms of Descending Dragon, was mastered only by their lost Dragon, Hu Shanshan. 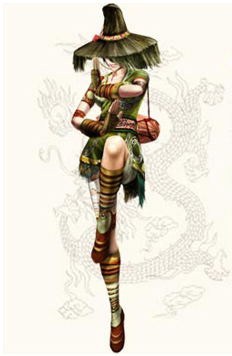 Strategy Beggars, have to be clever to direct The Leagues Strategy and Formation techniques, for should they make poor choices, their fellows will fall. They strive to master the ways of Drunken Fist and Entelechy Arts.

Essence and Wisdom are the primary emphases on this role while Constitution is harder for them to develop. 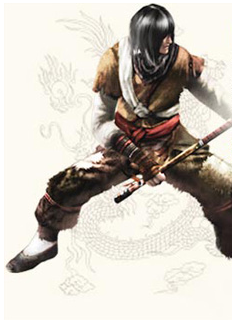 Spirit Beggars carry out stealthy, one-person operations. A lot of their techniques require getting drunk, and they take a broad range of Kung Fu and Chi Kung arts. They use their Kung Fu for offence and Chi Kung for defense, both skills of which are of equal level.
They emphasize Constitution and Essence while wisdom is harder for them to develop.