Mistresses of War are imbued with the aggressive nature of the Holy Mistress, and will step forward in battle as bravely as any man. They train with the deadly Flying Wheel and Butterfly Wheel combat techniques, and may also become proficient with charms of Enchanting Spirits to confound their opponents.

Because Life is of paramount importance, Constitution is their primary concern. Essence is harder to develop for them, and Wisdom is not as important as other attributes. 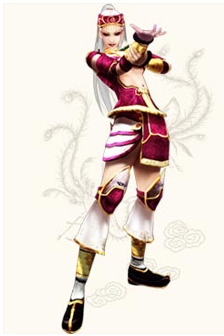 Mistresses of Spirit are said to be capable of casting enchantments upon an opponent's very soul, using The Art of Enchanting Spirits. This is a powerful system of Chi Kung that combines Sonic Arts with The Holy Mistresses' Divine Sorcery. Spirits also learn offensive Kung Fu Palm Techniques of Freezing Spirits and protective Chi Kung of Summoning Spirits. 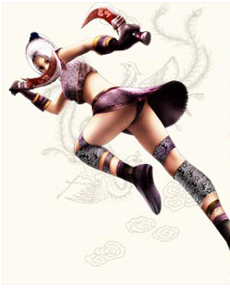 The wisest of the first four disciples was the Mistress of Heaven, who was taught all that The Holy Mistress knew of the true nature of The Land. Disciples on her path learn quick Dagger Techniques and Blessing Arts of the Mistress. They also learn Summoning Spirits to protect others and Heavenly Spirits to fortify themselves.

Essence and Wisdom are key for this role. Constitution is harder to develop for them. 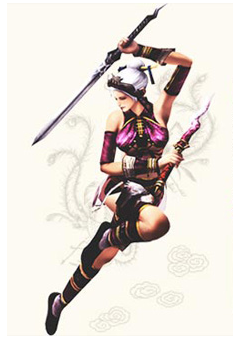 Self-sufficiency was perhaps the greatest gift The Holy Mistress wished to offer the women of The Land. In supplication, Cloud disciples learn a degree of each of the clan's combined martial arts. They practice Dagger Techniques, Arts of the Mistress, Fortifying Chi Kung of Heavenly Spirits, and learn to cast devastating ranged blasts of Yin Energy Freezing Spirit.

They emphasize Constitution and Essence and use Kung Fu for offense and Chi Kung for defensive with equal skill. Wisdom is harder for them to develop.