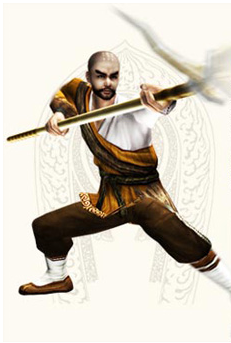 Luohan Monks do not fear death, knowing it for a mere transition to other states. And so, with this conviction firmly in mind, they step forward to the front lines of combat with supreme confidence. They train in all manner of Shaolin’s polearm techniques, and several types of Xumi Arts designed to reform Evil.

Because Life is of paramount importance, Constitution is their primary concern. Essence is harder for them to develop, and Wisdom is not as important as other attributes. 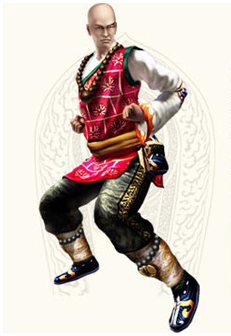 Exorcist Monks overpower evil through their pure devotion and hope to steer the souls of their opponents onto the righteous path. Exorcists learn to fully master their Chi Kung and utilize Xumi Arts, Palm Strikes Of One Thousand Buddha Arts and protective Diamond Arts. 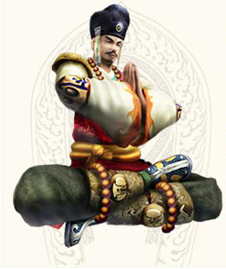 Diamond Monks represent the noble heart of the Buddha, which does not break from viewing hardship. These disciples spread Buddha’s teachings throughout The Land. They utilize unarmed Praying Mantis style Kung Fu and Exorcist Arts for offense and protect themselves and others with Diamond Arts. Among their merciful ranks, you will also, find Healers and those in charge of the clan's Formation techniques.

Essence and Wisdom are key for this role. Constitution is harder for them to develop. 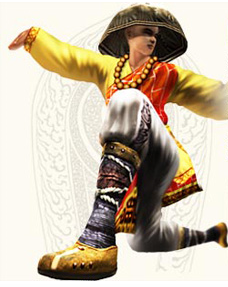 Deva Monks are disciples who firmly believe that the study of either Kung Fu or Chi Kung alone would make one an imperfect servant of the Buddha. So the way of Deva requires a disciple to attain both martial prowess and deep spiritual devotion. Deva Monks train in all forms of Shaolin's arts saves for polearm techniques. Though they rarely achieve utter mastery of a single style of Kung Fu, they do become the most versatile of all Shaolin masters.

They emphasize Constitution and Essence and use Kung Fu for offense and Chi Kung for defense with equal skill. Wisdom is harder for them to develop.