The Brotherhood of Thieves Print

Following the devastating War of Nine Dragons, The Brotherhood was forced to rebuild their Clan, form a stronger command regime and establish distinct Roles for their disciples, categorized by specialties and abilities. These Roles are Warrior Bandits who fight toe-to-toe, Strategist Bandits who outwit their enemies, Armored Bandits who master their inner force through Chi Kung training, and Taishan Bandits who train in all aspects of The Six Harmonies. 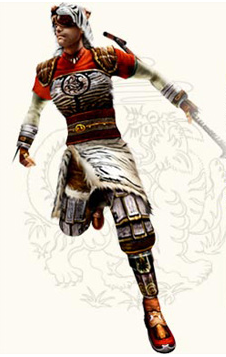 Warrior Bandits train Ji Longfeng's Divine Spear techniques, then take their rightful place as soldiers on the frontline. Warriors learn how to focus their energy and driving force, and become of a single mind with their weapons, like living spears. Because Life is of paramount importance, Constitution is their most important concern.

Essence is harder to develop for them, and Wisdom is not as important as other attributes. 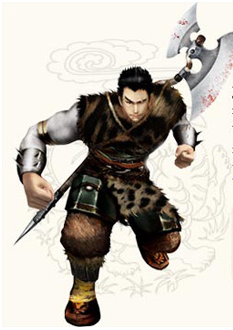 Armored Bandits specialize in the use of Chi Kung, mastering protective Armored Body Arts and the devastating long-range attacks of The Emperor’s Arts. While utilizing Armored Body to withstand an attack, these tenacious disciples wait patiently for the right moment of weakness in an opponent, then attack without mercy.

They emphasis on Essence and Wisdom. Strength is harder for them to develop, and they are ill-suited to melee combat. 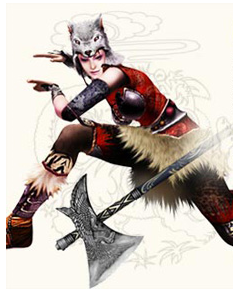 A Strategist Bandit is the only Role in The Brotherhood which calls for cunning and wits. These disciples are trained for mass combat, and learn various techniques such as healing, destruction, protection, and bolstering so that they may oversee the clan's Formation techniques.

Essence and Strength are key for this role. Constitution is harder to develop for them. 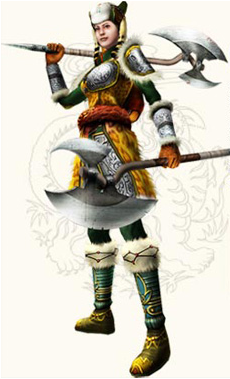 Taishan Bandits firmly believe that solo missions are the best. Many hands diminish stealth. So they learn all of The Brotherhoods’ offensive and defensive techniques. It is said that a Taishan alone in the woods should be an army unto himself.

They emphasize Constitution and Essence. Use Kung Fu for offense and Chi Kung for defensive within its balance. Wisdom is harder for them to develop.