The principle of Kingdom Hunter’s game progress is to compete with other users by developing your Kingdom and building the strength of your Heroes through Kingdom Management. 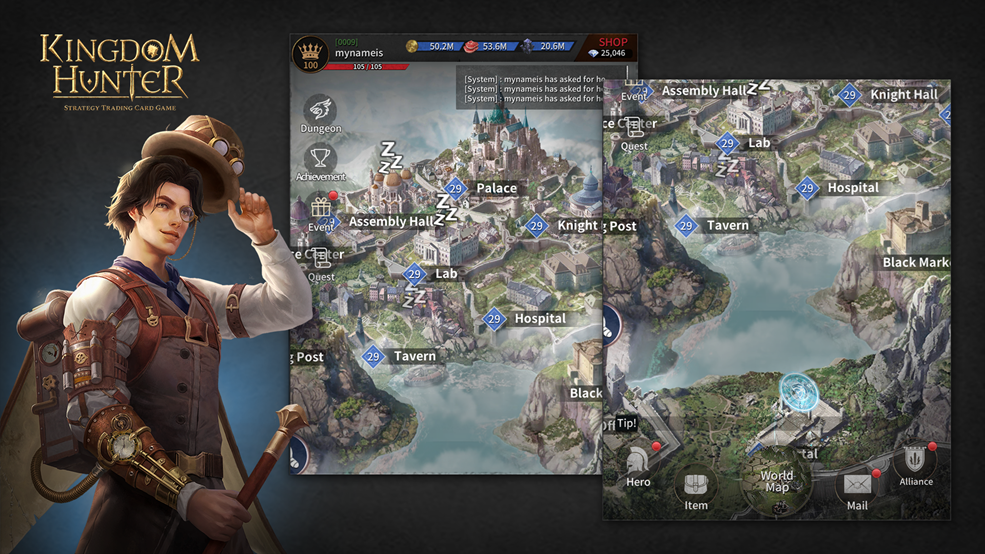