The World Map is an enormous battlefield where players can directly interact with other players or cooperate with Allies. 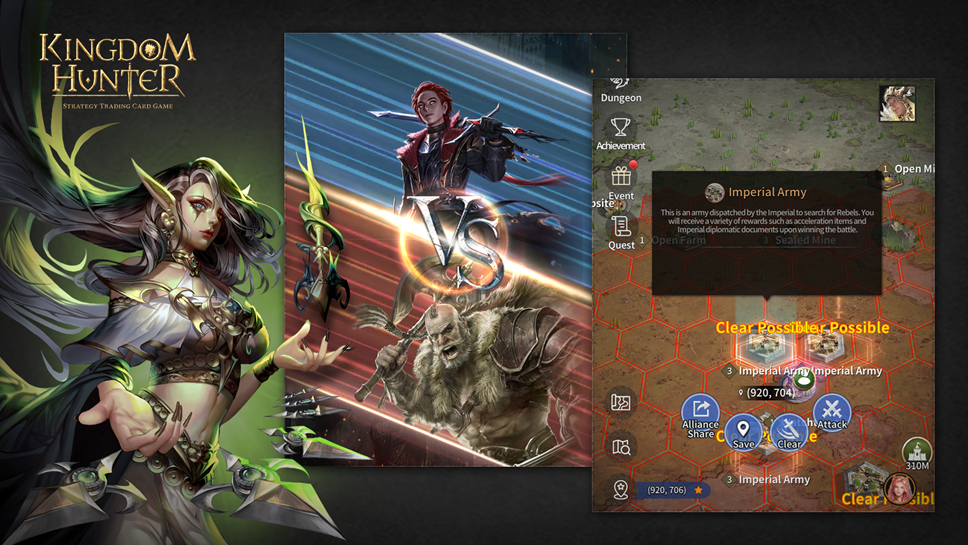 On the World Map, you can see your Kingdom and the Kingdom of Allies and Enemy Alliances.

Imperial Army and Neutral Bases exist on the World Map. Defeating the Imperial Army gives you a small number of Resources and Prisoners. In addition, there are more than 15 types of Neutral Bases that provide various rewards if they are investigated successfully after occupying them.

Players can still send their troops to Common Resource Bases to collect materials even when no Action Points are available. However, don't forget to leave some defensive units in place to avoid an Enemy Attack on your Kingdom.

The World Map is a huge battlefield of 1000x1000 scale, where players will have information synchronized with other users. (Actual Map Size: 1024x1024)

On the World Map, players can form Corps using their Heroes and trained soldier Units. The soldier units under a Hero’s command can gather resources or occupy neutral points.

Active units on the World Map become Corps, with which other players can interact. Players must create stronger Corps to compete with other players and support their Alliance.