The battle proceeds automatically in a Turn-based format. However, the players must know that actions toward Hero arrangement, composition, skills, and stats will affect the battle result. 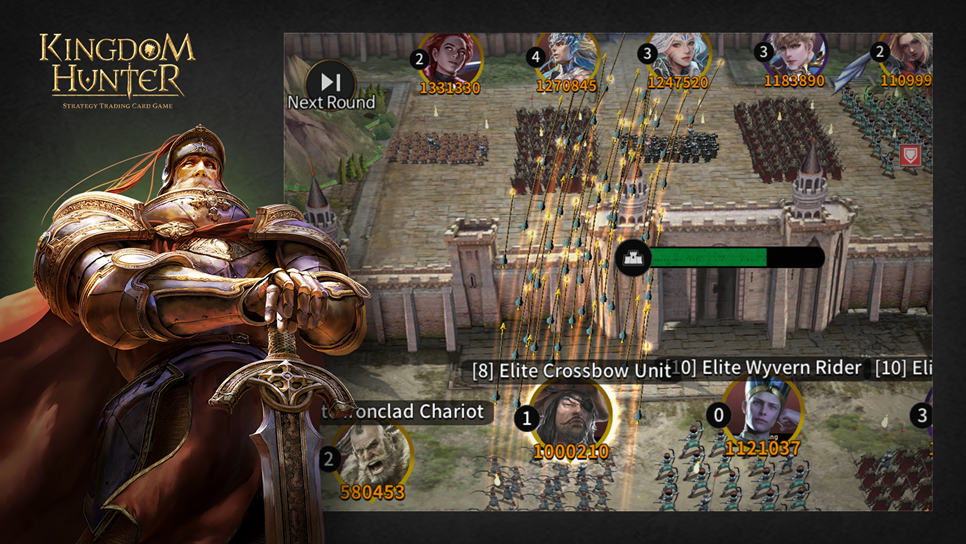 Corps is structured with Heroes and their soldier Units. Battles take place in a Corps vs. Corps format.

Battles are turn-based, and players can achieve victory using their Heroes’ Skills and Trinity-relationship between Unit types.

When attacking a Kingdom, the Walls of the Enemy Kingdom will be attacked first, and the defending forces will not receive any damage until the Walls are destroyed. Also, all soldier Units who fall in battle while attacking a Kingdom are considered dead and cannot be healed at the Hospital.

Battles are based on 1 combat round, and in the case of a rallying battle involving multiple Corps, multiple combat rounds will occur.

Each combat round consists of three stages: a passive-turn, where any passive skills of the Heroes participating in the battle are activated first / a Duel between Heroes that occurs with a probability (%) / and a Turn-battle in which the actual battle between Corps vs. Corps takes place.