The Tavern inside your Kingdom is a reliable way to get Heroes to join your forces. Initially, you will only be able to recruit 1-Star Heroes, but with a little effort and Gold, you can increase your chances of getting a very powerful Hero!

The Tavern can only hold a limited number of Heroes, and each recruited Hero will decrease your Recruit Chance by one. The max number of Recruit Chances can be increased by using Runestones to Expand your Tavern. The cost in Runestones will increase with each upgrade but will allow you to Hire several Heroes at once. There is a cooldown period limiting how many Heroes you can Hire at the Tavern. Increasing the Level of your Tavern will reduce the time required for more Heroes to be available. 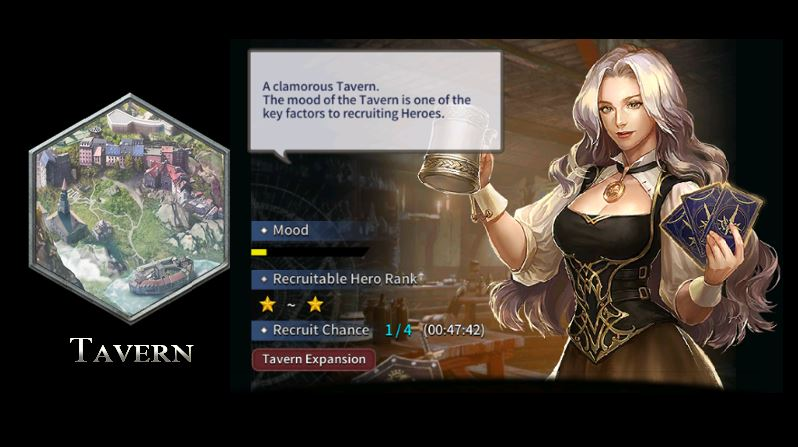 The Mood inside the Tavern has a direct effect on what kind of Hero you can recruit. As the Mood bar increases in the Tavern, the range of recruitable Heroes will increase. Using the Treat function, you have a chance to increase the Mood of the Tavern by +0, +1, and on some special occasions +2. The number of times Treat can be used is dependent on the Level of your Tavern. Each time a Hero is Hired, the Mood will reset in the Tavern, so you will need to Treat each time you want to Hire a Hero. Each time Treat is used, the cost of additional Treats will increase, so it is important to carefully weigh the cost and benefit of Treating the Tavern for each Hero Hire. 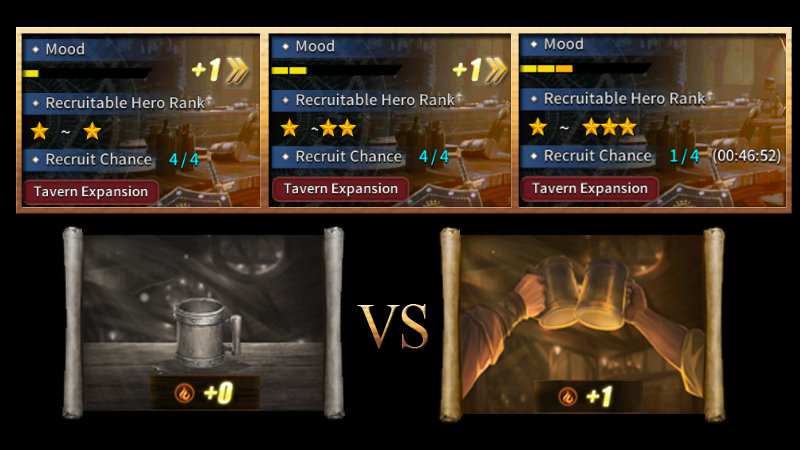 Lastly, in the Tavern several Hero portraits are shown after each successful use of Treat. These Heroes will have an increased chance of recruitment for that Hero Hire attempt. However, even though they have a higher recruitment chance, it is not guaranteed that you will get any Hero who appears in the Tavern UI. 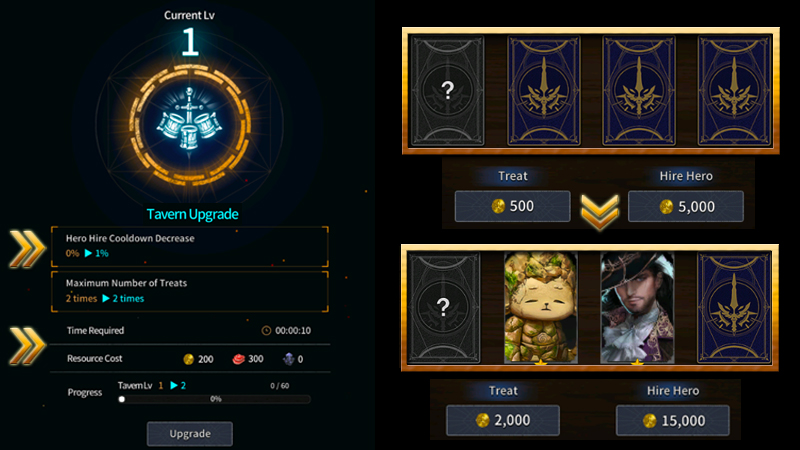