Did you know there are two different ways to clear enemies from the World Map? By sending out your Corps, you can attack Imperial Army Forces and gain Prestige and Resources. But, with careful planning, you can efficiently take care of your enemies using less Action Points!

Attacking an Imperial Army is the simplest way to defeat your enemies. This requires selecting the Attack option and uses some Action Points (AP). Your selected Corps will travel to the Imperial Army, engage in battle, and come back to your Kingdom. This is a good option if you want to fight an isolated target. 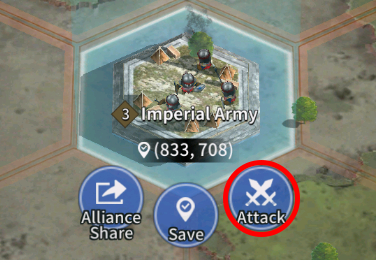 The red area indicates the attack range, and any Imperial Army within that range will have the Clear option. It will cost you less Action Points than the Attack option. 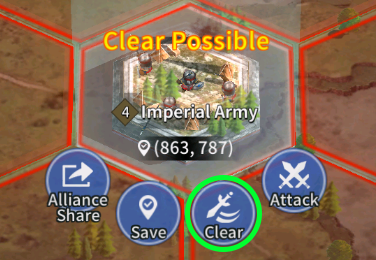 In addition, if there are multiple Imperial Army troops in the attack range, you can Clear all of them with your Corps, at a reduced AP cost, as long as you still have enough Units!

And since your troops are stationed at a Neutral Base, there is no need for them to travel back to your Kingdom between attacks, saving you time and even giving you the option to investigate after you are done fighting. 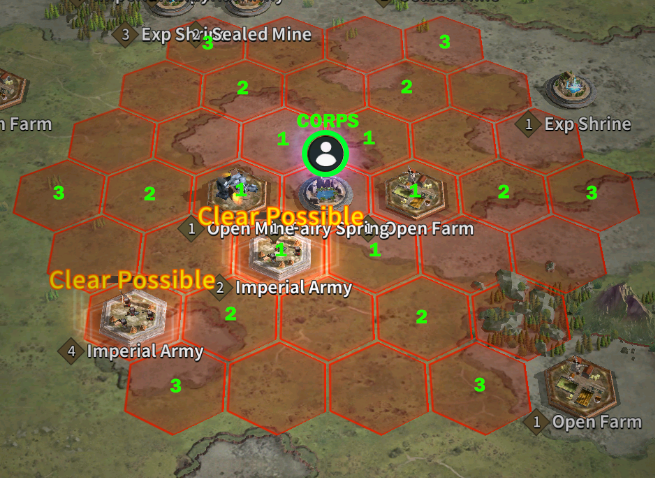 The regular attack range for Kingdom and Corps covers a radius of 3. 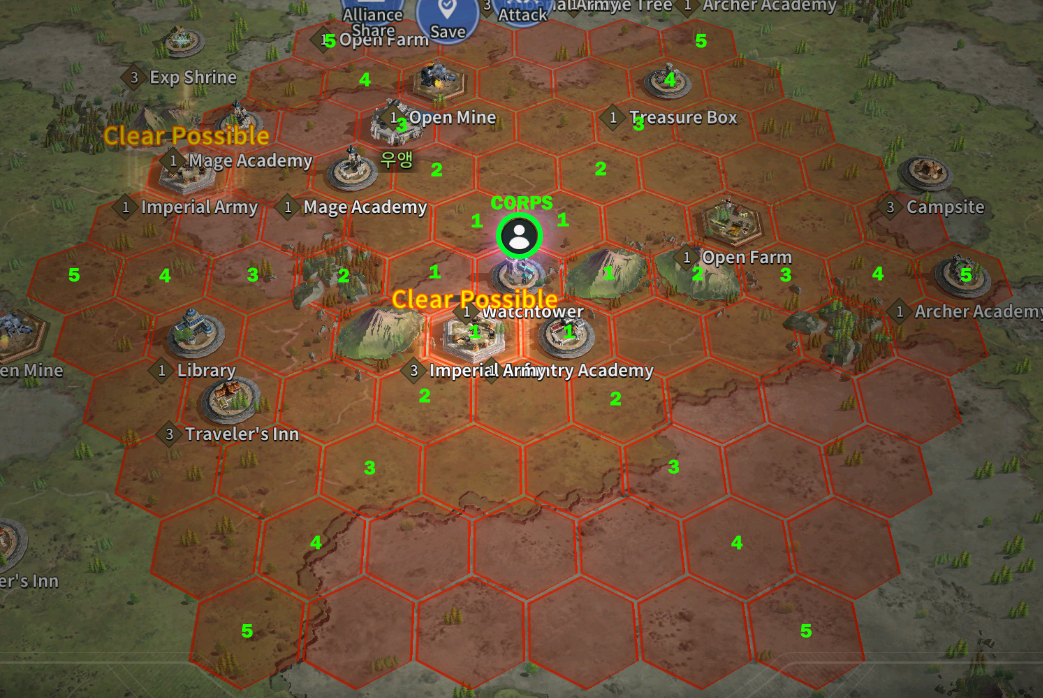 The attack range of the Corps occupying the Watchtower is increased by 2.

If you investigate a Watchtower, all other Corps that are currently occupying a non-resource collecting Base (excludes Open Mine/Farm/Refinery) will get a buff that increases their attack range. The buffed Corps will keep their increased attack range until they are sent back to the Kingdom.

The Watchtower Buff can be stacked, and every time you investigate a Watchtower, your other Corps stationed on the World Map will have their attack ranged increased, making it easier to clear many Imperial Armies, capture new Prisoners and get more resources from them!

By Investigating multiple Watchtowers, it is possible to increase your Corps attack range and Clear Imperial Armies that are further away!