Kingdom Hunter has a special Prisoner Capture & Persuade system, which allows you to acquire Heroes on the battlefield. When defeating the Imperial Army on the World Map or attacking an opponent's Kingdom, there is a chance to acquire a Hero as a Prisoner These Heroes can join your Kingdom forces if they are persuaded when locked up in the Prison of the Kingdom.

Highlighted below are several strategic Heroes with special persuading skills that increase the chances of capturing your opponent’s Hero as a prisoner.

Some Heroes will be better at convincing enemy Heroes on the Battlefield. Level up and unlock these special skills for the heroes listed below to maximize your chances of capturing and persuading Heroes. 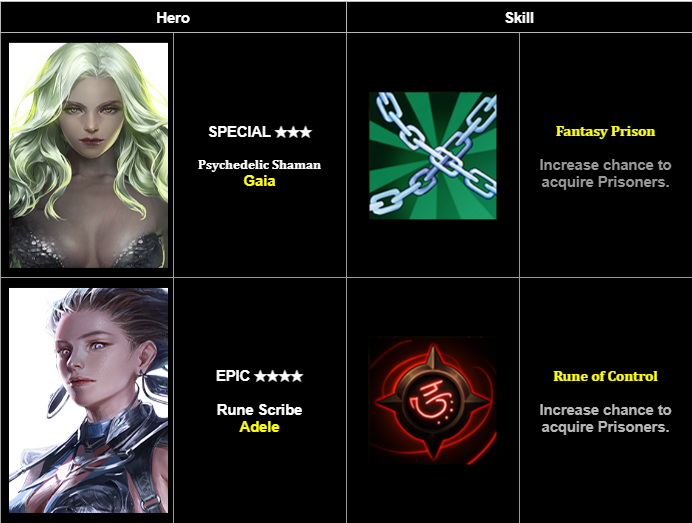 If you take an opponent's Hero as a Prisoner, the status of that Hero will be changed to injured and will need time to recover their full strength.